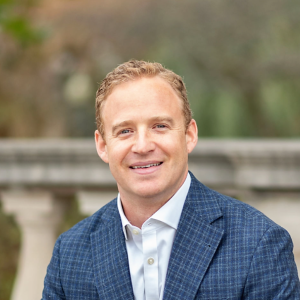 One of the biggest shocks this week was the forward guidance by Microsoft on Thursday to cut revenue and earnings expectations for the 4th quarter. The shock factor wasn’t so much that guidance was lowered, as we’ve begun to see that from some of the major names out there. What was most surprising to me was the market’s reaction to this news. The S&P ended the day up almost 2%, while the Nasdaq rose over 2.5%.

Forward earnings expectations has been one of the factors I think can drive the market from here. It’s impossible to predict or time a market bottom, but given the recent selloff stocks have certainly moved to a more reasonable valuation given market conditions. Believe it or not, with all the headwinds we’ve faced this year, wall street currently has higher 3rd & 4th quarter earnings expectations than they had as of 12/31/21. Are these expectations reasonable or are we in for some cuts along the way?

My sense had been if we see earnings expectations come down for the second half of the year, that could be the catalyst for that last leg down in the market. Seeing the markets reaction yesterday could mean that maybe the bad news is good news for the markets? Has this weakness been priced in already and a slowing economy gives hope that the Fed’s policies are working and we are on the right track to get through this? We could absolutely be getting there at some point soon. Remember the market is going to be forward looking, and things will turn around when the news is still negative.

On Wednesday Jamie Dimon seemingly sounded the alarm for the U.S. economy. He made comments, very uncharacteristically of him, about an incoming “hurricane” and to be ready to “brace yourself.” He usually doesn’t come off this doom and gloom, but this was certainly a shock to those watching. What was most surprising to me is that only a week before, Jamie and other major wall street banks were touting how good of shape the economy was in and that the U.S. consumer was in as good of shape as ever. That even if we were to enter a recession we could withstand it. It was a bit unusual for the sentiment to change this quickly, and I wonder if there is some underlying uncertainty we aren’t as aware of. I think at this point no one would be surprised to see a recession, it’s just a matter of is it a typical market cycle recession, or something larger? My sense is it’s part of a business cycle and we won’t see the type of volatility we experienced during the global financial crisis or dot com bust. Although you could point to some similarities between each of those bear markets and today, the underlying issues are much different in todays market.

May jobs report was released this morning and while the expectations were for a slowdown in hiring, hiring for May well exceeded economists estimates. The economy added 390,000 vs. an estimated 330,000 and with all the talk of recession looming, we’re not seeing it in the labor market.

With Microsoft’s bad news is good news for the market, does this good jobs report news equal bad news for the market? As of me writing this just after the market opened, markets are down about 1%. I wonder if this market reaction has more to do with what the Feds future plan will look like. Leisure and hospitality led the way, which is a theme we’ve been talking about in terms of shift in consumer behavior. So that isn’t too surprising. Retail took a hit, but still remains above the pre-pandemic levels.

In the course of a typical market cycle, recessions occur after a peak. There are tremendous headwinds in front of us regarding rates, inflation, geopolitical risks, but our economy continues to chug along. It gives me confidence that even if we haven’t seen market lows, we are in position to withstand some of what the Fed and the world is throwing at us. We may not get the “soft landing” the Fed is trying to maneuver, but we can withstand whatever is ahead. I wish I had a crystal ball to say what exactly that was, but for all the recession talk we see, there’s just as much positive news & data also.

While it’s hard to make sense of all the headlines, it’s important to keep everything in perspective. Have a plan, control what you can control and keep moving ahead. Fresh From CNBC – Where To From Here After Red-Hot CPI? If Amazon can hold $125, I would consider adding. Dear Investor and Traders, I hope this finds you well. We just finished a market and portfolio report for clients of New Age Wealth and Todd Gordon of NewAge Wealth Advisors takes you through a complete market analysis from the latest GDP report triggering a technical ‘recession’, to the earnings