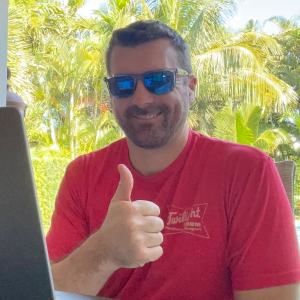 I would like to update you following the latest portfolio adjustments and rebalancing in the midst of a market sell-off driven by the expectations of higher interest rates from the Fed and geopolitical tensions with a pending Russian invasion of Ukraine. Tensions are high and markets are trading with a high degree of trepidation as we adapt to the idea of the Fed tightening monetary policy for the first time since 2018 in what appears to be the tail end of the global pandemic.  Daily cases have dropped as quickly as the omicron variant appeared and as my friend Tom Lee points out in his research a variant appears every 130-150 days so that puts us on watch for approximately April 2022. He also cites an article from the NY Post (which should be taken with a grain of salt) that the consensus that variants weaken is incorrect, they can become more dangerous. That said, consumer discretionary stocks have been leading the recovery higher led by the hotels industry, recreational services, and restaurants and bars indexes. We continue to hold Live Nation and we added Expedia to the portfolio last week that reported strong earnings and is showing the most relative strength within the industry.  I take the consumer discretionary strength as the market discounting the chance of another serious variant.

Turning to geopolitical tensions there is some confusion out there regarding the Ukrainian situation that I’m still trying to parse through.  The media is portraying this invasion as hostile and potentially deadly with 130k troops surrounding 3 sides of the Ukraine border.  But looking back to the 2014 Crimean status referendum 97% of the vote was in favor of integration into Russia with a 83% voter turnout according to Wikipedia.  It could be a lot of saber rattling as Putin tries to reassert Russian influence in eastern Europe after NATO and Biden’s embarrassing exit from Afghanistan.  The situation is very fluid and if there is an invasion, reports are it could happen Tuesday or Wednesday.  The impact on the markets could be severe as Russia supplies approximately 40% of Europe’s natural gas needs and a conflict could drive Russia to interrupt that supply.  Further, an invasion would allow Russia to turn off the pipelines that run through Ukraine that supply Germany.

Interestingly natural gas futures are trading well off their February highs of $5.56/MMBtu with a last trade of $4.17 /MMBtu. Crude oil continues to trade with a bid tone trading up 2.18% as I type at $95.15 last. Trendline resistance is broken at $77 and the next technical resistance level falls in at $107, which is ironic as that was the high from March to June 2014 when Crimea was originally annexed by Russia. Gold has been quiet for a long period of time, but I’m starting to sense that the yellow metal might be attempting to break out from the 2-year range. Adding to the volatility is the March Federal Reserve meeting that now sees a 40% chance of a 25 bps (0.25%) hike and a 59.8% chance of a 50 bps hike. The latest CPI print exceeded expectations of 7.3% coming at 7.48% on the headline number and 6.04% at the core level excluding food and energy with expectations of 5.9%.  There is no doubt that inflation is here and could be with us longer than expected.  According to Factset, 337 companies in the S&P 500 have reported earnings and 246 of them cited “inflation” during their earnings calls, which is the 2nd highest amount going back to 2010. 77% of the companies that have reported did have a positive earnings per share and positive revenue surprise, though due to inflation margins are coming in slightly less than expected.  Despite the inflationary pressures I think the market is digesting a tightening Fed and geopolitical tensions quite well.

We’re starting to see evidence that the outperformance of value to growth may be starting to lose some momentum, which precedes a possible turn back in favor of growth stocks. The argument against growth stocks with high valuations in a rising rate environment is that the hopes of massive profits at some point in the future becomes hard to make when interest rates are increasing and a more reasonable and certain return can be made now.  Rates are increasing, but the Fed would have to hike approximately 225 bps to render a flat or approaching inverted yield curve.  Yield curve inversion is defined as short-term term interest rates at higher levels compared to long-term interest rates, and that’s what usually accompanies significant bear markets such as 2000 and 2007.

Looking at a 4-decade chart of the 30 year US treasury yield we are still well entrenched in a secular downtrend and that downtrend would just START to be threatened once 2.95% trendline resistance is broken. Currently we’re trading 2.301% so quite a ways yet to go. Turning to the indexes, we are pulling back threatening to retest the Jan 24th lows of 4222 in the SPX. So far this pull back from Feb 2nd high could still be corrective and that case strengthens while above the 61.8% retracement at 4358 and the MUST hold 78.6% retracement at 4298. Below that and it looks like we may headed towards 3800 in the SPX. We have the ability to employ some option hedges and if that becomes necessary we will be in touch directly with you to provide details. Last week we made some pretty significant changes to the portfolio, which I’ll outline below.  Looking at the Value / Dividend portfolio here are the notable changes in sector allocation:

The most notable changes in the Dividend / Value strategy was a significant increase in the technology weighting.  As mentioned above we’re starting to see early signs of a rotation back into technology based on interest rate hikes not almost fully priced in the markets, bond yields and crude oil reaching significantly overbought status.  Our timing is likely early here, but I don’t want to miss the potential move back into tech. I was extremely impressed with Apple’s earnings on Jan 27th, as well as the relative strength this behemoth has demonstrated and we took our weighting from 4% to 7.5%.  Related to this, we added 3 new chip names here with Qualcomm, Texas Instruments, and Taiwan Semiconductor.

We also went from zero exposure in Consumer Staples to 6.75% with the addition of Constellation Brands, Coke, and Altria.  The valuations are reasonable here with defensive names being bid in these latter stages of heightened market volatility

The most notable moves in the Growth portfolio was lightening our energy exposure as it’s had such a strong run here as crude oil is attempting to break above $100.  We are still significantly overweight energy names relative to the benchmark, but just less overweight now.  I lightened up Devon Energy exposure to take some profits on this strong move through $50.00. We added Marathon Oil to the portfolio to get some exploration and production exposure ahead of their earnings report on Feb 16th.

We upped our financial exposure as increasing interest rates are good for lending institutions.  We added Canadian Imperial Bank of Commerce, Canada’s 5th largest bank, that trades just 11 times next year’s expected earnings with a juicy 3.95% dividend. We also added Comercia, a Dallas-based commercial lending  bank that should benefit from higher interest rates and pays a 2.76% dividend.

The biggest sector allocation change was the addition of consumer staples to the Growth portfolio, which is again remarkable that we have any staples exposure in our growth portfolio, yet here we are. Costco trades more like a growth stock at 39 x’s next year’s earnings and continues to operate a dominating business model and benefiting from passing off higher costs to consumers from food inflation. Constellation brands has a diversified portfolio of alcoholic brands, in addition to a 38.6% stake in Canopy Growth, a leading provider of recreational and medical cannabis products.

Finally, we exited our Netflix position after Q4 earnings beat EPS consensus and met revenue targets, but indicated their expected subscriber growth to be well below the 6.93 million new subscribers expected at just 2.5 million new subscribers.  Disney reported a very strong quarter and is capturing more of the streaming market. Sticking with communications I opted to keep Facebook, but did reduce the size of the position to just 1%.  If Facebook (now called Meta) can’t gain any momentum from $215 I will likely cut the position altogether.  The company rebranding to the metaverse is a major gamble with sizable upfront investment costs that will certainly weigh on the financial health of the company for some time.

Lastly, I’m scheduled to be on CNBC this Thursday at 1:30 for the earnings exchange.

Thanks for your attention and welcome any feedback. Todd on CNBC – Talking About Financials Stocks In Our Portfolios – October 13th, 2022